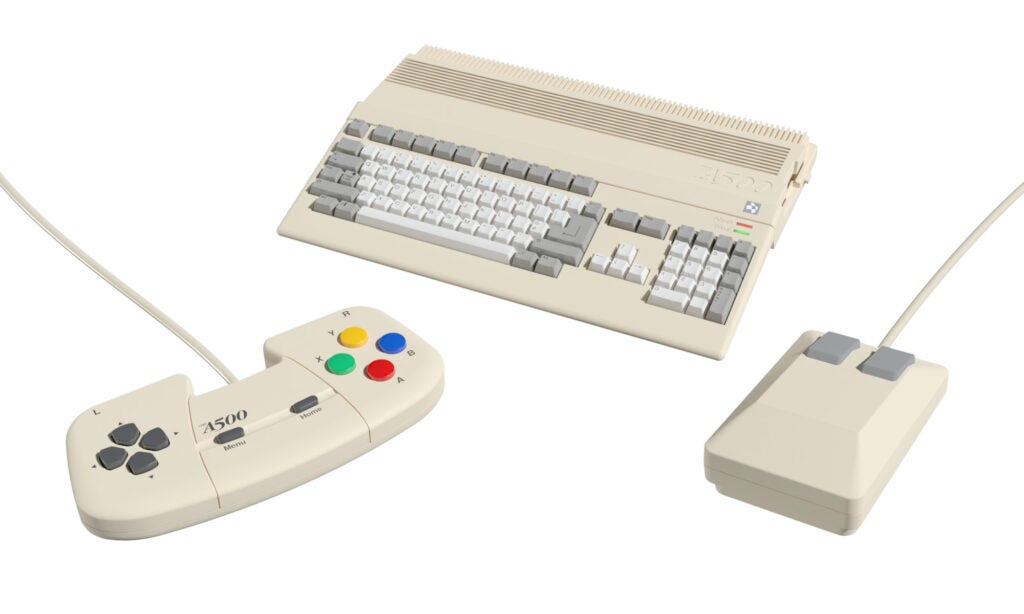 Retro Games has announced the latest games system to get on the ‘mini’ revival: the Amiga 500.

An officially licenced product, the A500 Mini promises a return to the glory days of 16-bit home computing, with 25 Amiga games built in, and the potential to add more via a USB stick. While it looks like the Amiga 500, Retro Games points out that the hardware offers the “perfect emulation” of the A1200’s Advanced Graphic Architecture too.

So far, just 12 of the bundled titles have been revealed, and there are undoubtedly some classics in there including Simon the Sorcerer, Speedball 2, Zool and Worms: The Director’s Cut.

Other titles include Alien Breed 3D, Another World, ATR: All Terrain Racing, Battle Chess, Cadaver, Pinball Dreams, The Chaos Engine and Kick Off 2 – which hopefully doesn’t rule out arch-rival Sensible World of Soccer making an appearance. Other titles, Retro Games says, will be revealed “at a later date”.

Like previous retro replicas including the NES Classic Mini, SNES Classic Mini, Mega Drive Mini and PlayStation Classic, the A500 Mini is a dinky recreation of the original hardware. That means the keyboard is entirely for show – though Retro Games says that you can plug in an actual keyboard, if the on-screen one is proving too fiddly. In the box, you’ll find a “newly engineered” 8-button gamepad and the original two-button mouse.

With the ability to save progress to “help you finish those punishingly-difficult classics”, 50- or 60Hz screen refresh and a CRT filter, the company is confident that the A500 Mini will enjoy similar success to other retro revivals. And the product has already got an early thumbs up from Team 17 CEO Debbie Bestwick.

“Retro Games have developed a truly unique product”, she said, “and I’m very excited to have our classic games represented in all their original glory”.