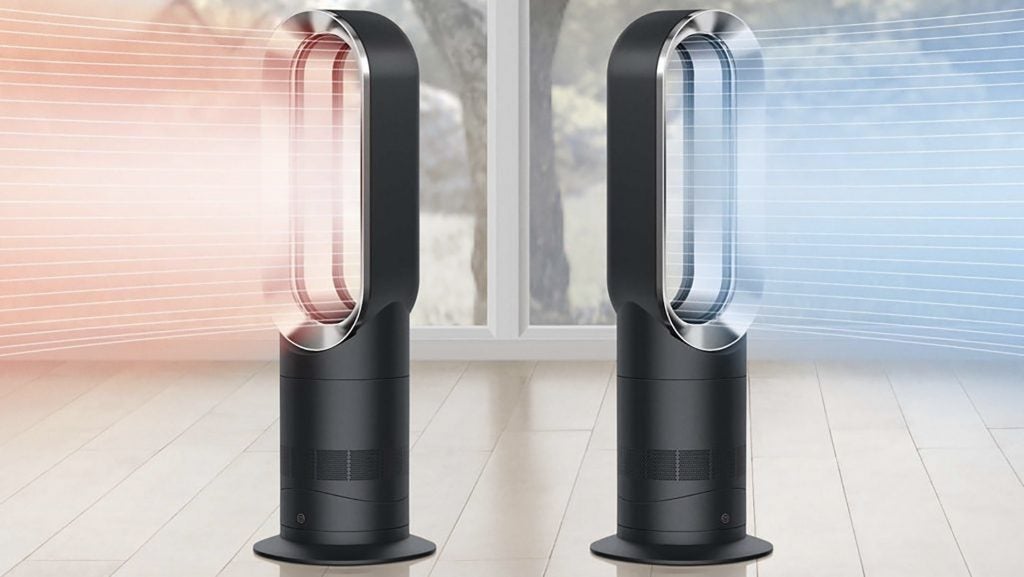 Can a fan cool a room?

A fan can’t change a room’s temperature; it merely circulates air. However, the breeze from a fan on your body aids sweat evaporation, which makes you cooler. In humid environments, fans don’t work so well, as less sweat evaporates.

For this reason, you may want to think about buying a dehumidifier, too, which will improve a fan’s performance and make your room feel more comfortable. The increased air circulation can also stop a room from feeling stuffy.

To actually cool a room you need something that can lower the air temperature. Air conditioning is the main option in this instance, but a second option is to use an evaporative cooler. These feature a tank of water, which slowly evaporates to help cool the air, and work best in dry, hot climates.

How does humidity affect cooling?

Fans make you feel cooler by helping sweat evaporate from your body. How effective a fan is, depends largely on how humid it is. When there’s high humidity, it’s hard for sweat to evaporate, so a fan doesn’t do much to help cool you. This is why on humid days we tend to think of them as being hot and sweaty. Conversely, when humidity is lower, it’s much easier for evaporation to happen, which is when fans feel the most effective.

You can use this knowledge to your advantage and purchase a dehumidifier for those sweltering days. With a dehumidifier sucking moisture out of the air, the effectiveness of fans goes up. A dehumidifier will also make an evaporative cooler more effective, too.

Air conditioning units can also operate as dehumidifiers. So, if you have a portable unit but find it too loud to sleep with, you can run it before you go to bed in dehumidifier or cooling mode, and then switch to a fan at night. That way, you get the best of both worlds: a cool and less humid environment to go to sleep in with a fan to keep you cool during the night

Which fan type is for you?

Desktop fans are the traditional models. These let you tilt the fan to direct airflow; you turn on the oscillation mode to let the fan sweep from side to side.

Pedestal fans look like tall desktop fans, and are designed to stand on the floor. Typically, they have larger blades, so take up more room, but this makes them more powerful. With most models offering height adjustment, in addition to pivot and oscillation, pedestal fans are easier to configure for the perfect cooling breeze.

Tower fans take up very little floor space and blow air out of a tall column. For the reduction in size you do sacrifice some power, and you don’t get height or pivot adjustments either – just oscillation. As a result, you may need to use a tower fan closer to you, but they’re a great choice where space is at a premium.

What other options should I look for?

Noise is important, particularly if you want to sleep with a fan turned on. We’ve measured every fan’s sound levels at both maximum and minimum to help you decide.

A fan with a remote control can be a good option if you want to adjust settings on the fly. This is particularly true in the bedroom, where you may not want to get out of bed to turn off your fan. On that note, look for a fan with a sleep timer so that it will shut off after a set time.

More advanced options on high-end fans include air filters to help clean the air, or heating elements so that you can keep warm in the winter.

Evaporative coolers use a tank of water and a pump. As water evaporates it cools the air, letting these fans blow out air that’s colder that the ambient temperature: think of how it feels if you spray yourself with water on a hot day. The good thing about evaporative coolers is that they’re cheaper to run than an air conditioner and work with windows open. The downside is that they don’t work very well where it’s humid and water can’t evaporate.

Performance also differs depending on the level of humidity: evaporative coolers work best in very dry environments where the effect of evaporation is to also increase humidity for a more comfortable environment. Fortunately, UK summers tend to be hot but not that humid, so evaporative coolers work fairly well. However, they don’t reduce the temperature of a room as air conditioning will and work best when you’re in the cooling line of the fan.

Should I buy a fan that’s also an air purifier?

Air purifiers are a good way to boost the internal comfort of your home. They’re designed to filter out impurities in the air, including pollutants, allergens, dust and, in some cases, gasses. By filtering these out of your air, you get cleaner, purer air inside your home, which is beneficial to all but particularly those with respiratory problems or allergies.

While you can buy standalone air purifiers, it means that you end up with multiple boxes around your home. Having an air purifier built into a fan gives you a dual-purpose design. The main thing to watch out for is whether or not there’s a diffuse mode, where air can be directed out the back of the fan: that way, you can use the purification features in the colder months, without getting a blast of cold air.

Are smart features worth it?

Smart features don’t change what a fan is a capable of, but they do let you control them automatically via an app and, possibly, via voice using Amazon Alexa or Google Home. The benefit, for most people, is one of laziness, as you can control your fan without having to stand up and move. However, some models let you do some clever things. For example, with Dyson smart fans, you can programme automatic routines, such as automatically turning the fan off when a motion sensor detects that nobody is in the room, helping save energy. The downside of smart fans is that they’re typically more expensive. A cheap workaround is to use an old fan with physical controls connected to a smart plug: this won’t let you choose the fan speed but will let you turn the fan on and off remotely.

What should I look for with fan speed controls?

All fans can adjust the amount of air that comes out of them by adjusting how fast their blades spin: the slower they go, the lower the air flow. Having control over the air flow is very important for different situations, and where you sit. So, as our tests show, the slower the fan speed, the less the impact is at distance, so if you sit further from the fan or want to cool more people, you need a higher fan speed. Conversely, if you’re sat at a desk and want to cool just yourself, then you can get by with a lower fan speed, which will also mean that you don’t blow papers around on your desk.

There’s also a difference in noise at different fan speeds, with lower fan speeds quieter, and faster louder. This is important at night, where you may want a slower, more gentle and quieter fan speed, rather than roar of full cooling power.

Generally speaking, the more fan speeds a fan has, the greater the difference between minimum and maximum power, giving you a greater range of options for cooling. Some fans, on the other hand, have few cooling speeds, so you get little difference between full power and low power.