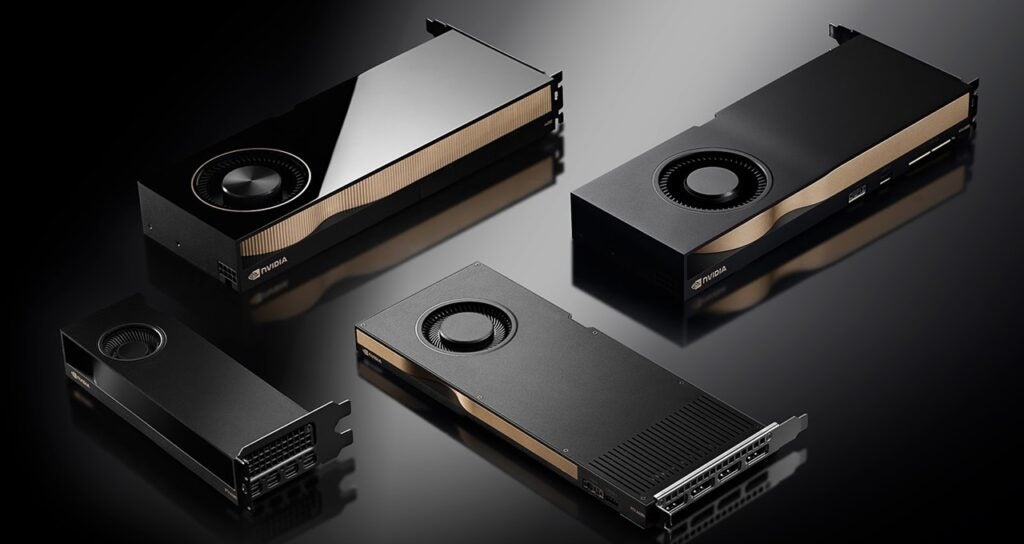 Nvidia’s latest ray tracing RTX card is specifically designed for small form factor PCs. At just 2.7-inches tall and 6.6-inches long (“roughly the size of a cell phone, but thicker” according to the company), it’s aimed at desktop PCs where space is at an absolute premium.

The Nvidia RTX A2000 GPU is out in October, and is the company’s smallest Ampere based card. It features second-generation RT cores and third-generation tensor cores for its artificial intelligence functionality. While it’s more aimed at professionals who could do with the card’s AI and ray tracing abilities for their work (think Autodesk and Blender), it certainly wouldn’t struggle to run the latest games.

The RTX A2000 GPU delivers eight teraflops of GPU performance from 3328 CUDA cores and 6GB of GDDR5 memory with EEC (Error Correction Code) clocked at 6001MHz. That should give it a bit more grunt than entry-level RTX-30 gaming laptop GPUs like the RTX 3050, which would be advantageous for 3D designers who also fancy a bit of Call of Duty on their lunch break.

As well as its compact footprint, the RTX A2000 is also remarkably power efficient, drawing just 70 watts. It’ll be coming to workstations built by the likes of Asus, Dell, HP, and Lenovo, but will also be available as a standalone card to build your own PC for around $450 – which is around £325 in a direct dollar-to-pound conversion.

While most serious gamers would no doubt prefer a card with a larger footprint, the recent GPU shortages have ensured that beggars can’t be choosers, with the latest RTX 30 cards being snapped up almost the second they become available, in part due to their ability to effectively mine cryptocurrency.

The shortages have been so great that Nvidia has actually brought the four-year-old GeForce GTX 1050 Ti out of retirement so that gamers can get their hands on hardware in a pinch.