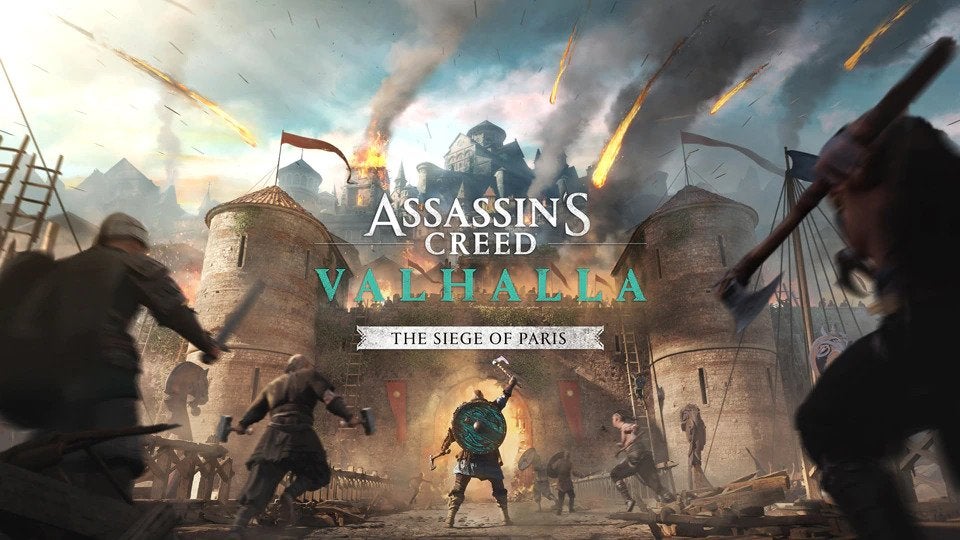 Assassin’s Creed Valhalla’s second expansion, The Siege of Paris, will be released on 12th August.

The release date was announced as part of the patch notes for Valhalla’s Title Update 1.3.0, which will be deployed on all supported platforms starting today.

The Siege of Paris will be set in Francia, with the new story setting Eivor on a dangerous path across the Frankish countryside, towards one of the most infamous conquest battles in Viking history.

Players will also get the opportunity to explore new weapons, abilities, gear and skills that will help take on new enemy types across the treacherous terrain.

And in more exciting news, The Siege of Paris will mark the return of Infiltration Missions. Players will be able to experiment here to find out the best way to find and eliminate any targets that may stand in your way.

The Siege of Paris music album will also release with the DLC, giving fans the chance to immerse themselves in the Viking-inspired soundtrack. To find out more about the soundtrack and the album you can visit Ubisoft’s website, and to listen to the single Hásæti (which translates to Seat of Honour) check out the video below.

And don’t worry if you can’t wait until August to get your Assassin’s Creed fill, as Ubisoft has queued up another season festival. The Sigrblot Festival goes live on Thursday 29th July and is available for all players until 19th August.

In this Festival, players can celebrate the summer with traditional Viking activities including fighting tournaments, flyting and some dice mini-games.

Assassin’s Creed Valhalla is available on the Xbox Series X and Series S, Xbox One, PlayStation 5 and PlayStation 4, and on the Epic Games Store and Ubisoft Store on Windows PC.

The Siege of Paris will be accessible to all Season Pass holders or available for purchase for all owners of the main game.