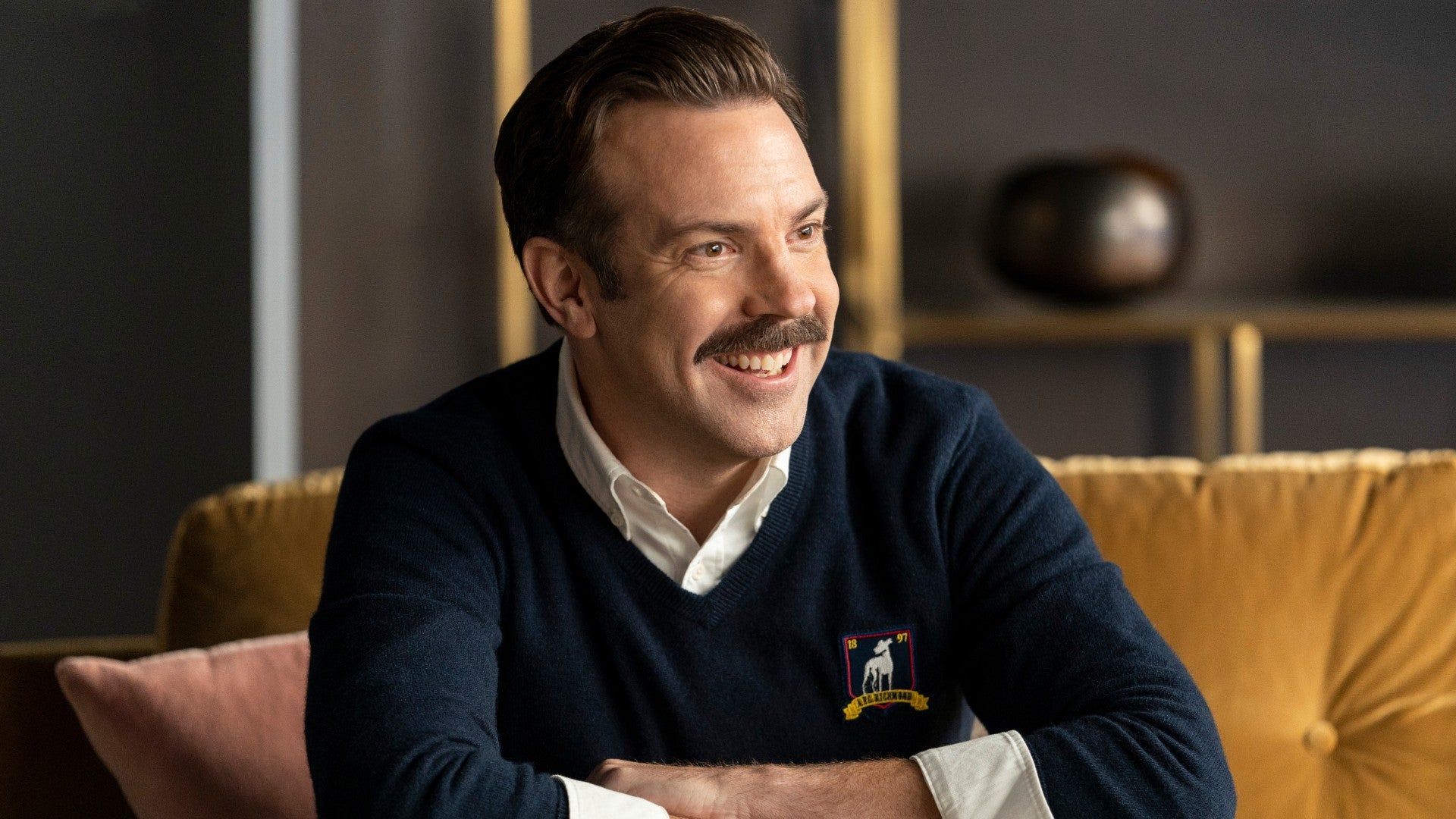 The season two premiere of Ted Lasso is now streaming on Apple TV+.

When Ted Lasso arrived last summer, the sports comedy was universally praised for providing a perfect shot of feel-good energy right when we needed it, giving audiences a safe space as the world buckled beneath the weight of a pandemic. But that sort of adulation also sold it a bit short, as the surprise Apple TV+ hit certainly didn’t need to play off the poor state of the world to stand out as one of 2020’s best new shows. Thankfully, with its sophomore season, Ted Lasso now has the opportunity to prove its worth as more than just a much-needed escape during dark times — and its premiere suggests it’s on the path to doing just that.

The second season opener, titled “Goodbye, Earl,” gets off to a somewhat risky, uncharacteristic start, but quickly falls into a familiar groove that’s as comforting as Ted’s home-baked biscuits. First and foremost, the episode retains the series’ spot-on blend of humor and heart, with the titular coach oozing optimism, folksy charm, and an apparent affection for Diane Sawyer.

But while the show’s still capable of tugging the heart strings harder than an entire holiday season of Hallmark movies, it continues to smartly sidestep the potential sappiness and preachy messaging that often sullies such stories. The writing deserves much of the credit here, as it deftly mixes earnest emotion and laugh-out-loud, often raunchy, humor with a wit and maturity you might not expect from a series spawned from an old NBC Sports’ ad campaign.

While Ted Lasso’s season two starter retains what worked so well the first time around, it also displays a promising evolution of the series’ reliable formula. With all the set-up out of the way, the show can refreshingly deviate from the fish-out-of-water foundation that loosely framed the first 10 episodes, and that allows the stellar supporting cast to shine in different ways. Early in the premiere, for instance, Juno Temple’s Keeley lovingly mimics Ted with a pretty accurate, “Don’t fret, Boba Fett.” The line is a total Ted-ism – one the coach could’ve easily dropped in season one – but its delivery by another character is a great touch; an organic way of showing Ted’s no longer the new guy, but a familiar presence his co-workers have come to know and love.

This is a modest example of the show’s growth, a welcome element that’s explored much further in the supporting cast’s more fleshed-out stories. The first episode gives a number of fan-favorite side characters plenty of screen-time, setting up a recent-divorcee arc for Rebecca (Hannah Waddingham) and diving deeper into Roy (Brett Goldstein) and Keeley’s relationship, while also exploring Roy’s post-retirement career path. Witnessing the gruff but lovable athlete spout 4-letter words at a children’s soccer team is a hilarious highlight.

Even season one bit players Dani Rojas (Cristo Fernandez) and Sam Obisanya (Toheeb Jimoh) are given the opportunity to shine in nuanced performances that reach far past their previous one-note presences as AFC Richmond teammates. All this extra screen time for supporting characters means slightly less for Ted, but the balance works brilliantly. After a full season watching everyone find their comfort level with Ted and his perpetually positive outlook, it’s fun to see Lasso on the receiving end, encountering personalities he’s unaccustomed to and navigating problems he can’t easily solve with a bit of Midwest wisdom. This fresh dynamic is on full display when new character Sharon, a sports psychologist played by Sarah Niles, isn’t immediately won over by Ted’s down-to-earth charm – or warm biscuits.

The immensely likable Ted Lasso (both the show and character) hits all the right notes during this dire year. Whether you’re a fan of nice people trying their best, soccer, and/or Bill Lawrence comedies, Ted Lasso brings many things to the table for you to enjoy: good-hearted humor, a gripping underdog story, fantastic acting, and plenty of irresistible British curse words — to the extent that it’s hard to believe the series is based on a character created to publicize NBC Sports back in 2013. But inspiration springs from the most unusual of places (Ted Lasso himself would absolutely tell you that), and from those humble promotional materials comes the sort of feel-good comedy 2020 desperately needs. You’d be hard-pressed to find a more uplifting way to spend 5 hours.